DNAInfo:-.-QUEENS, NEW YORK — A man who attacked his wife last December on a Richmond Hill street, nearly decapitating her with a kitchen knife, has been sentenced to 21 years in prison, prosecutors said Wednesday.

Prem Rampersaud, 51, who lived in Guyana but was temporarily staying with a friend in South Jamaica, was sentenced Tuesday after pleading guilty to manslaughter in July, Queens District Attorney Richard Brown said.

Investigators said that Rampersaud attacked Rajwantie Baldeo, 46, around midnight on Dec. 5, at the corner of 103rd Avenue and 124th Street.

Following a verbal argument, Rampersaud began slapping and choking her before pulling out the knife and stabbing her multiple times throughout her body, police said. 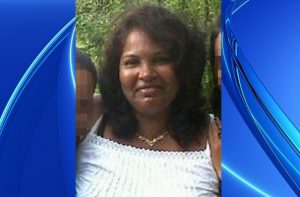 The victim, who was found nearly decapitated, was rushed to Jamaica Hospital where she was pronounced dead, officials said.

Rampersaud later told investigators that last year he gave Baldeo $9,000 to come to the U.S. from Guyana.

He also said that he arrived in New York several months later and was temporarily staying with his friend, when he found out that she was dating someone she met online.

He then purchased a long kitchen knife and waited for her to leave work at a restaurant, before attacking her, police said.

“The defendant ended the life of the woman he purportedly loved by repeatedly stabbing her following a heated verbal dispute,” Brown said. “This was a very violent and vicious crime that should not have happened.”

CNN: A tsunami threat message has been issued by the US National Weather Service's Pacific Tsunami Warning Center after a magnitude 7.7 earthquake struck...
Read more
Headlines

Quigley Maurice, the brother of shooting victim Victor Maurice, says that his deceased sibling fought for his life. Victor was shot in November at his...
Read more
Headlines

Saint Lucia To Get Vehicle Pound

Local authorities have warned motorists who park illegally or drive without the required documents that their vehicles will be towed away to a new...
Read more

ABOUT US
ST. LUCIA TIMES is a news website owned by the public relations company Big Feat Media. Our aim is to provide Saint Lucians and others at home and abroad with professional, accurate, reliable and unbiased news and information with a special focus on Saint Lucia while maintaining our high website standards and professionalism. View our Privacy Policy.
Contact us: [email protected]
FOLLOW US
© Copyright 2020 - St. Lucia Times. A Big Feat Media Production.